At the beginning of Autumn, before the parliamentary debate on the budget law, ASviS presents its yearly Report in Parliament before members of the Italian Government. Written thanks to the contribution of the over 300 experts from ASviS’s member organizations, the Report represents the Alliance’s primary contribution to transparent governance in Italy and aims at supporting Italian policy-makers at all levels in designing efficient and coherent strategies for sustainable development.

Each edition contains an evaluation of the policies implemented by the Government throughout the previous year in the economic, social and environmental fields, and advances policy proposals to lead Italy along a sustainable development path. 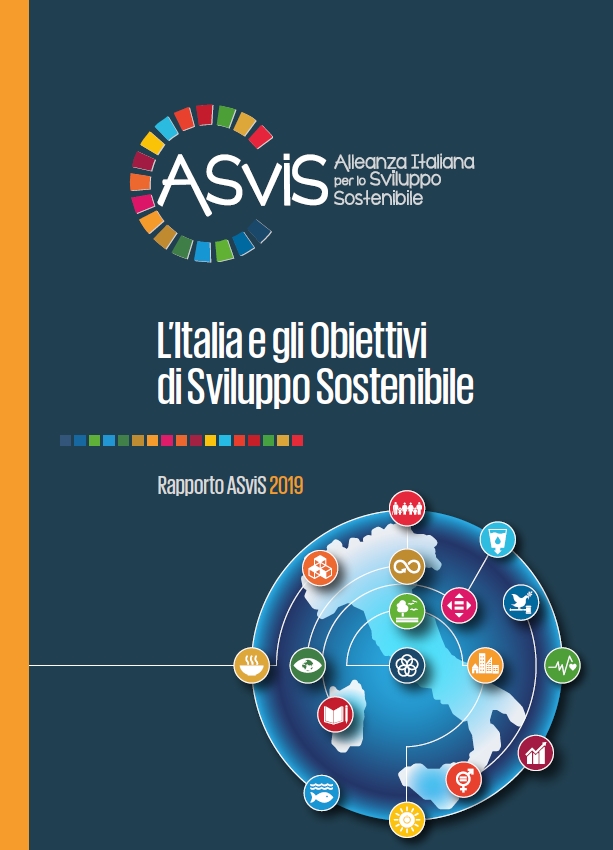 With only eleven years left to achieve the Goals set by the 2030 Agenda of the United Nations, signed by 193 countries including Italy, there is a need for profound changes in public policies at the national and European levels, in business strategies and in individual behaviours. The urgency derives also from the fact that 21 of the 169 Targets of the Sustainable Development Goals expire in 2020, and Italy is not on a course to achieve these. The indicators elaborated by ASviS show the evolution of the European Union and Italy towards the 17 SDGs. From 2016 to 2017, the Eu showed some improvements for ten Goals, a drastic setback for one, while for five the situation remained fundamentally unchanged. However, significant inequalities in the results achieved by individual European countries persist. In Italy, from 2016 to 2017 we can see improvements for nine Goals, a substantial stability for two and a worsening situation for the remaining six.

The 2018 edition of the ASviS Report highlights that, notwithstanding the improvement registered in various global economic and social indicators and the measures adopted by many countries, businesses and cities, the world has not yet shown the “cultural discontinuity” and the strategic decision-making approach necessary to achieve the 17 Sustainable Development Goals (SDGs) all global leaders agreed to. And not just because we are only twelve years away from 2030. In fact, beside significant advancements related to investments in renewable energy or the fight against the widespread use of plastic, for instance, we are witnessing worrying trend reversals on issues such as food security and hunger, inequalities, ecosystem quality, climate-induced damage and increasing migration flows following conflicts or extreme weather events.

Other than depicting the Italian situation with respect to the SDGs, the 2018 Report introduces indicators elaborated by ASviS for each Italian region in order to illustrate local-level progress towards the 2030 Agenda. 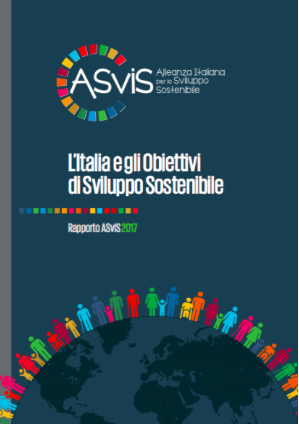 Will Italy succeed in drastically reducing poverty, unemployment and inequalities, protecting the environment and combating climate change, improving the population’s quality of life and building resilient infrastructure? How is the country doing with respect to the UN’s 2030 Agenda and its 17 Sustainable Development Goals (SDGs), agreed to by countries all over the world exactly two years ago? How can Italy design effective policies to bridge the existing gaps with other countries and achieve the Targets set for 2020 and 2030 in order to become economically, socially and environmentally sustainable? Did the Government adopt suitable measures, in the past year, to respond to the challenges of our time?

These are some of the issues ASviS’s 2017 Report addresses. The Report represents a unique instrument to understand the 2030 Agenda’s state of implementation in Italy, also thanks to its use of innovative synthetic indicators and analytical tools that not only depict Italy’s current position with respect to the SDGs, but also advance scenarios for the evolution of the country to 2030 on the basis of the adoption of different policies. Thanks to the work of over 300 experts from ASviS’s member organizations, the Report also assesses the policies the Government put in place over the past year and advances policy proposals for the coming months (those within the terms of the current legislature) and the following, to bring Italy on a pathway to sustainable development. 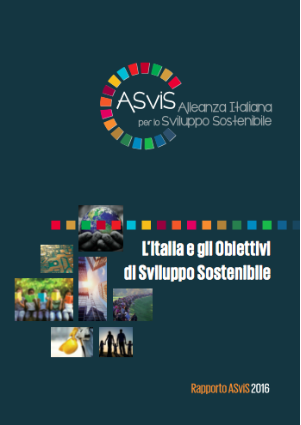 The Alliance’s 2016 Report represents the first analysis of Italy’s state of implementation of the 2030 Agenda’s 17 SDGs and 169 Targets. The Report underlines Italy is still far from a condition of sustainable development within the meaning agreed to in 2015 before the UN. The document examines the situation of the country with respect to each of the Sustainable Development Goals and explores the Sustainable development strategies adopted by countries such as France, Germany, Finland, Switzerland, etc., to draw important lessons for Italy. The Report also presents the Alliance’s policy proposals in the economic, social and environmental fields.